An absolute favorite from APOD. We checked out of Bay Lake and brought our bags to the Polynesian where we stayed for one night.   We had breakfast at Kona then took the Monorail to EPCOT.  It was two days before the start of Flower and Garden but a lot was in bloom and smelling FANTASTIC!

We hit our favorites:

We explored more of the flowers including those at the Canada Pavilion. We then took the Monorail back to the Polynesian.  We hadn’t received the text that our room was ready so we set up to enjoy some Dole Whip and the front desk informed us that the room was in fact ready and had been – they just didn’t send the text for some reason.   Either way – perfect timing. Like anyone else who has stayed at the Poly DVC I can confirm its absolutely gorgeous.   We stayed in Pago Pago only for one night and it was one of the major highlights of the trip. We put on some Hawaiian music and relaxed in paradise.

We had reservations a Morimoto in Disney Springs for an early dinner.   This is where my second cautionary tale regarding Uber begins. Morimoto makes one hell of a Singapore Sling!   I highly recommend.

We went to see the Star Wars Fireworks AGAIN after dinner because they are THAT GOOD.   Since we had already taken 2 Uber rides we figured we would take the bus back to the Poly – at park closing.   This 45 minute exercise in patience reminds me why I try to be at a resort that is walking distance or linger in the park after hours until I’m forced out.

We closed out the evening at Trader Sam’s Grotto.

Last time we were there – they said they couldn’t do anything for vegetarian food (outside of sushi) but this time they offered tofu for the lettuce cups!  It was so tasty! On the walk back to Pago Pago we stopped at the Tiki Terrace outside the Grotto to listen to the ukulele player.  He was so good I would say its worth the visit alone to see him perform.  Aloha!

Its long overdue that I mention how awesome the wallpaper created by Jason ‘Tiki’ Tackett is.   They are always my favorite and they look awesome on a full monitor OR your cell phone!  Check some of this stuff out! 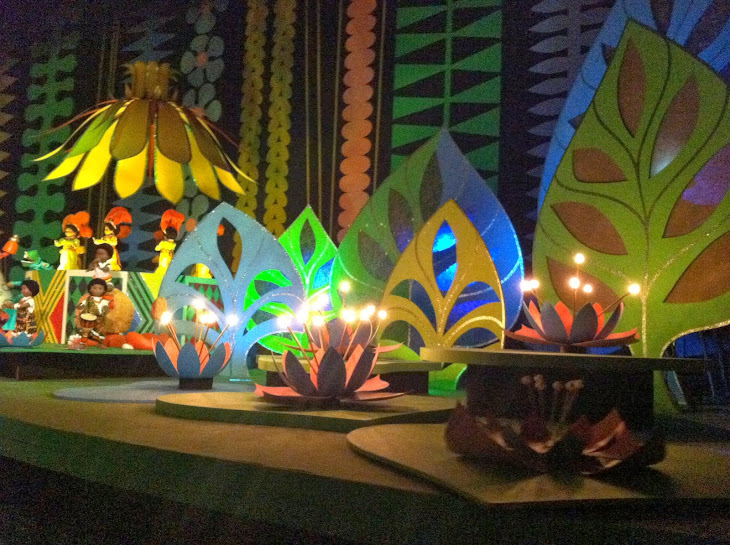 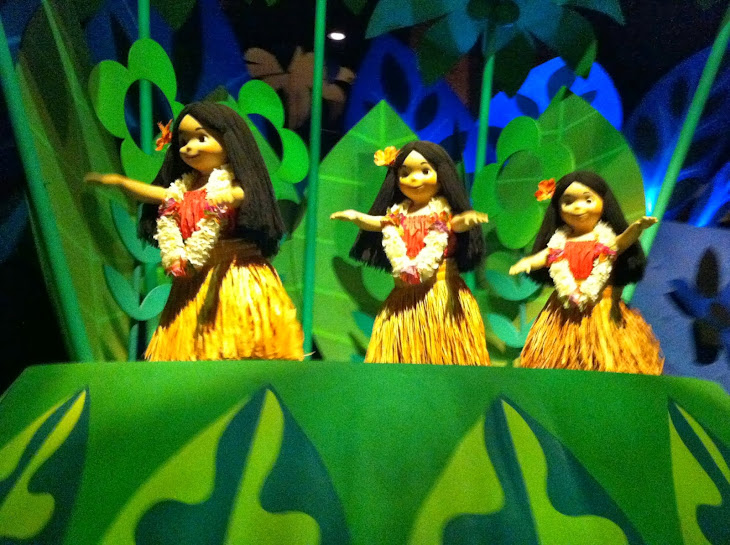 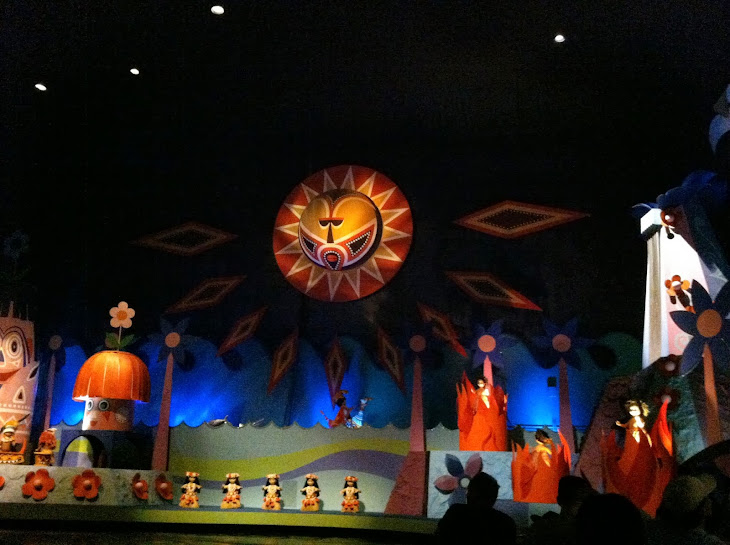 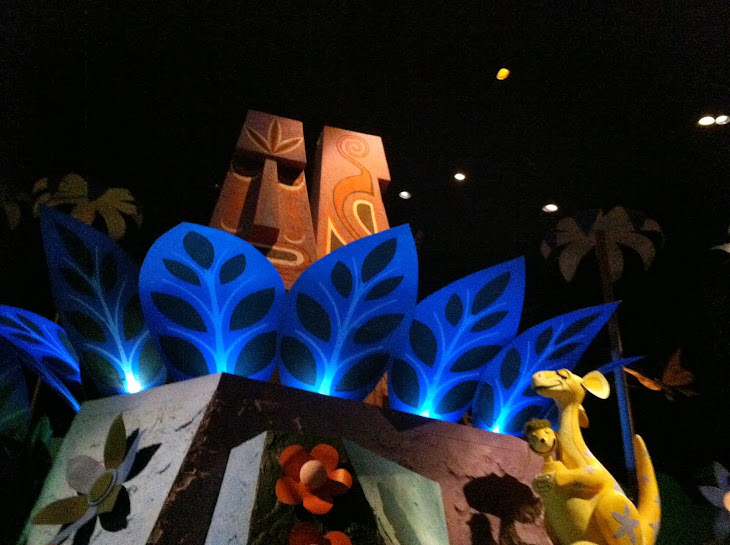 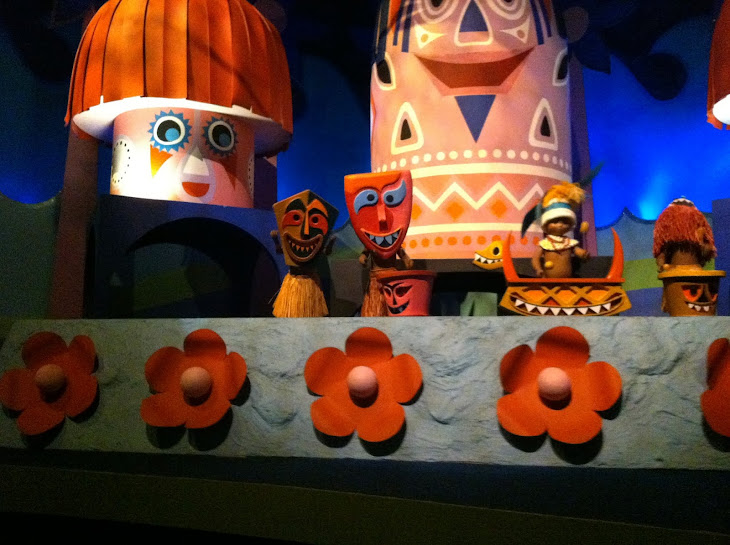 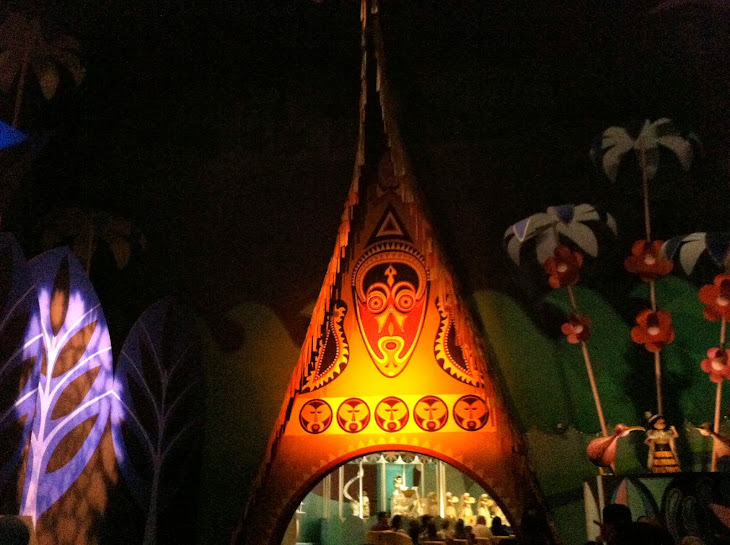 This artist rendering is of Makemake who’s home is on our own solar system!   This Plutoid was found by Mike Brown and even though he killed Pluto he’s redeemed himself with the naming of this one. It’s Kind of a Cute Story – a book about famed Imagineer Rolly Crump (works include Enchanted Tiki Room and the Haunted Mansion) is now available!  I ordered my limited edition from Bamboo Forest Publishing but you can also get yours from Amazon (paperback or Kindle).

Last weekend we had a mid century modern adventure! Our adventures took us to New Canaan, CT, Mount Tremper, NY, and Mountainville, NY.   Here are the highlights.

The Glass House in New Canaan sits on 47 acres, some of it former farm land.   The Glass House itself is just one house on the property.   New Canaan was also home to the Harvard Five, a group of architects from Harvard – John M. Johansen, Marcel Breuer, Landis Gores, Philip Johnson and Eliot Noyes and so approximately 100 modern homes were built in the town.  I want one. I have to say, the coolest part was Johnson’s “Painting Gallery” – a bunker that contains large paintings that remind me of a 30 disc cd changer.   This extremely private space must have been one of the best cocktail bars in the 60’s. This motel run by Kate Pierson of the B52’s has “nine atomically designed, mid-century modern suites [that] sit directly on the Esopus Creek” in Mount Tremper, NY.  We stayed in Cabin Suite #1 and it was a blast.  Kinda like hanging out at your trendy friend’s apartment but not feeling like you are putting them out by crashing in their guest room.

The third part of our adventure takes place in Mountainville, NY and involves one of my favorite artists, Alexander Calder –  but will have to wait till next time because the pics aren’t ready!

Today is my Grandpa Carrier’s birthday, he would have been 92.   He loved musicals and was ALWAYS singing songs from the musicals of the 40’s and 50’s and sometimes we got a little dance out of it too.  I miss the “old fool” as Grandma would say.

I think some of his antics is why I really like the Great Movie Ride – especially the scene with Gene Kelly “Singin’ In the Rain”.  What I didn’t know is that an earlier rendition of this song from 1929 was recorded by Cliff Edwards AKA Voice of Jiminy Cricket AKA Ukelele Ike!   The Jiminy Cricket thing blew my mind but even more so was the connection to Ukelele Ike.

I love this rendition of Sweet Leilani.   I’m going out on limb and I’m going to say my grandpa wouldn’t have minded it either.