I get extremely nervous when Disney is about to do something new, ESPECIALLY when its going to replace something that already exists. This time I am OK with it because they are placing “Snow White’s Scary Adventures” which is truly terrifying. Just the sight of that Witch keeps me up at night. I don’t like her sneaking up on me. I actually saw her as one of the characters you could meet in MGM once. Now whenever I am there I am constantly looking over my shoulder. It wasn’t even Halloween!

So when I first heard about this Seven Dwarfs Mine Train Coaster my first thought was “Wow! Maybe they are going to do what I was hoping for with the Disneyland Indiana Jones ride!” 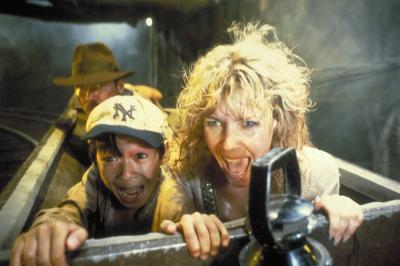 Enhanced Motion Vehicles allow Guests to experience a random, multiple-programmed show while moving through a physical space. Each vehicle has its own on-board ride control and audio system containing a myriad of programmed cues and the capability of creating nearly 160,000 possible ride combinations.

Based on the news coming form the 2011 D23 Expo we will have an actual coaster to ride! This is billed as a “Family coaster” that is “combining the best of the family thrill rides with the immersive story telling of Disney’s classic dark rides, plus an entirely new ride system and special effects”.

I’m definitely intrigued by the physics and engineering that will make this mine cart rock back and forth and I am DELIGHTED that its not going to be a motion simulated ride (, Mission Space, Star Tours, even Soarin) that keeps gaining popularity. I am now ready to be excited about this! Still, I don’t know that there WON’T be a Witch lurking in the shadows…check out the ride simulation below!